Hamish Mills to stand for Greens in Lancaster South East 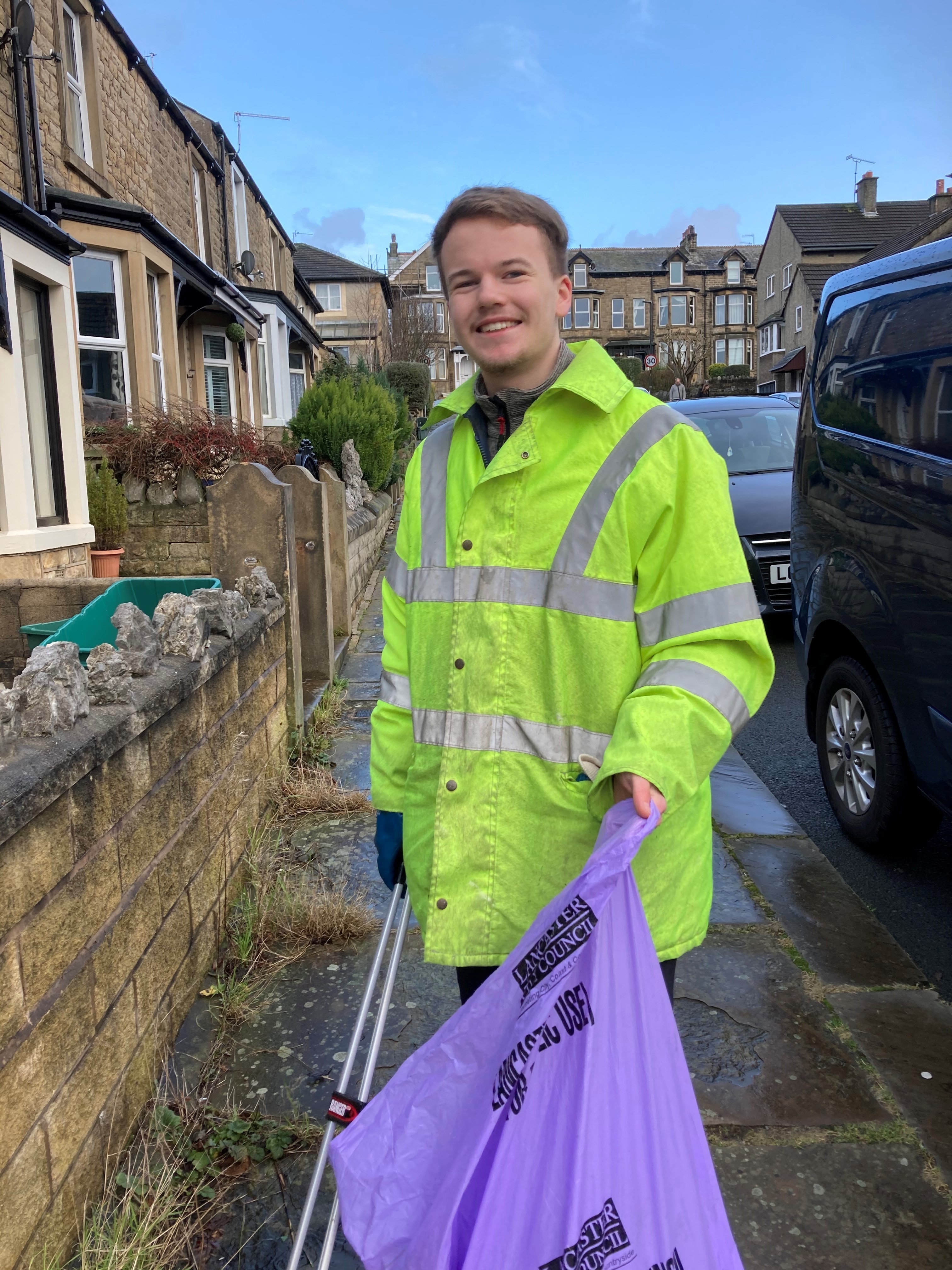 North Lancashire Green Party are delighted to announce that Hamish Mills will be standing for the Greens in Lancaster South East on 6 May.

Hamish has been involved in the Green Party for many years, and we think he may be the youngest candidate standing in Lancashire.

“I have lived in Lancaster and been involved in Green issues all my life. I am 18 years old, studying Outdoor Adventure at Kendal College. I am proud to be standing for election in the area and community I have grown up in.

"I helped set up and am the former chair of Lancaster Youth For Environment (LYFE).  We organised the local youth climate strikes, which demand systems change to combat the Climate Emergency. The strikes and other LYFE events brought young people together to discuss solutions to the climate emergency and get their voices heard.  LYFE campaigned for the City Council to declare a climate emergency in January 2019. Since then the Council has made some promising steps towards community-led progress. I have also organised litter picks and other environmental actions and am involved in local community groups such as Friends of Dorrington Woods. During the first lockdown I led a project which involved giving plants to people who were self-isolating to brighten up their day and house.

"Young people are under-represented in politics.  Older candidates don’t always understand young people’s concerns.  If elected, I will engage more youth in politics and make sure what they say is heard at Lancashire County Council.

"The County Council should act now on environment and equality issues. If elected, I would campaign and work for action on environmentally friendly cheap transport and press for better environmental education for school students across the county.  County should take the lead in increased investment and production of renewable energy sources and the creation of jobs for young apprentices.”

Many people in the area may know Hamish already from remembering him as a baby at toddler groups, being at Bowerham School, seeing him in local parks when he is childminding or by meeting him at community events and the Climate Strikes. If elected, the community will see even more of Hamish.

“I’m very proud of what I’ve achieved as the sole Green councillor on the County Council. But Hamish has so much energy and such good ideas, together we will have a bigger impact in creating a greener and fairer Lancaster.” 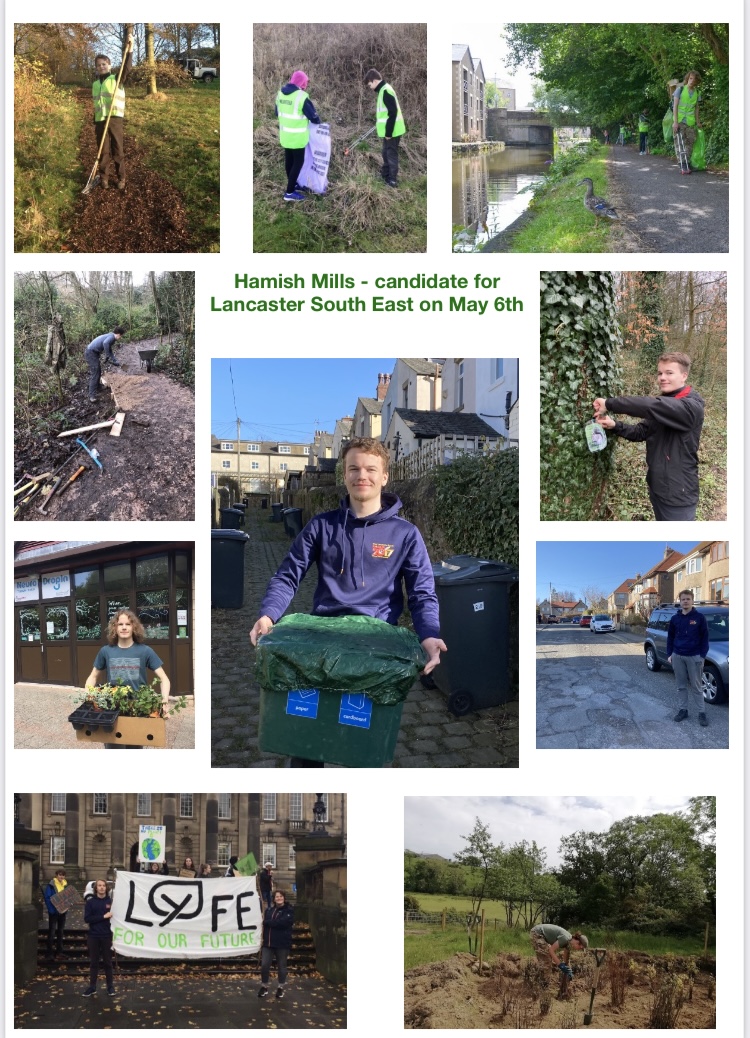