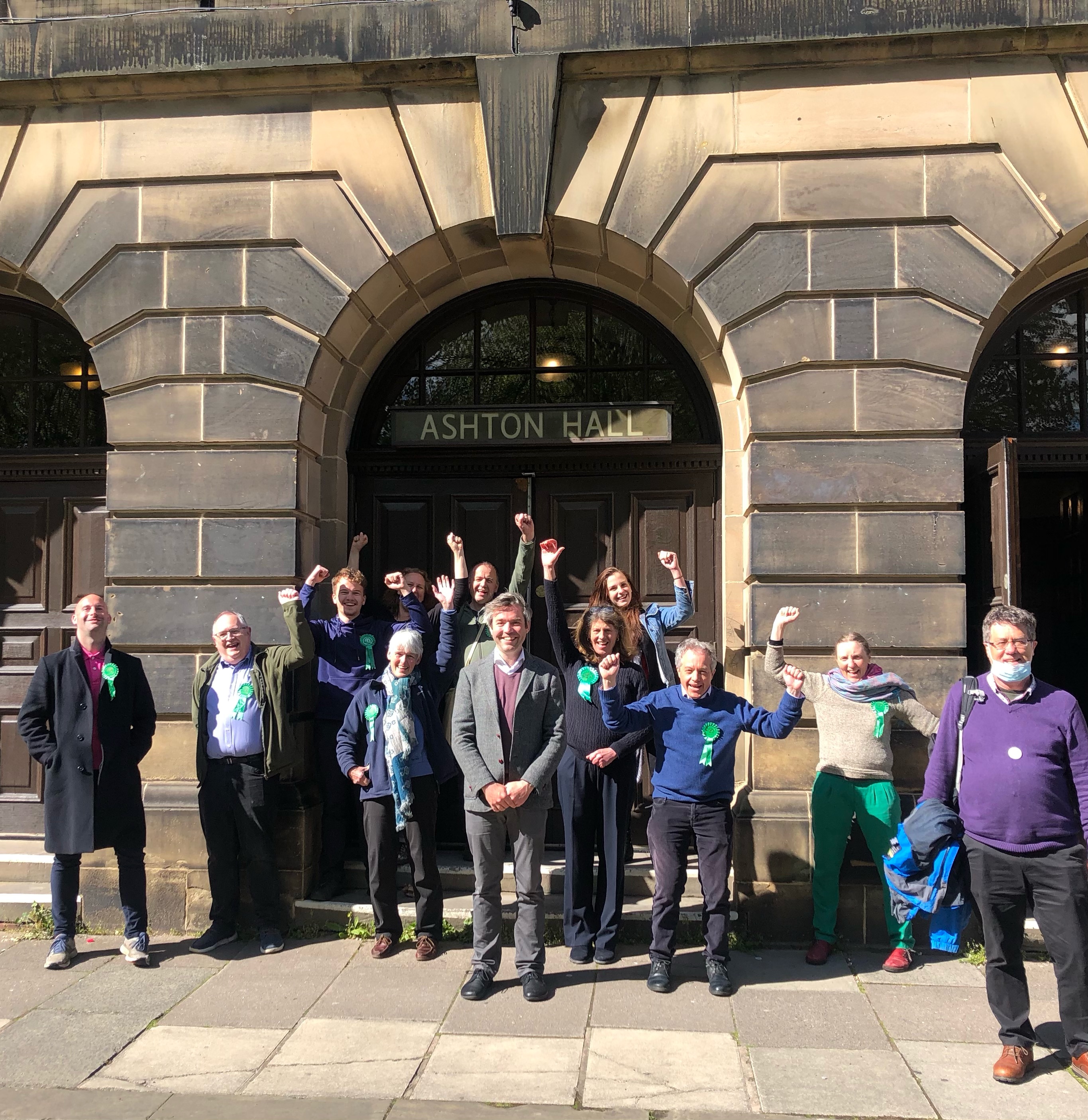 Jack Lenox won the Bulk Ward by-election with 54% of the votes, and will now join the nine other Greens on Lancaster City Council. Jack will make an excellent councillor for Bulk ward – bringing energy and campaigning expertise to our team.

Gina Dowding was re-elected as the County Councillor for Lancaster Central for the third time,  increasing her majority from 51% to 60% of the votes cast , and in one of the highest turnouts in the  district (40.8%).

Unfortunately the Greens in Lancaster narrowly missed out on gaining a second County Councillor, but Jamie Melly in Lancaster East came very close to winning with 41%, just 228 votes behind the incumbent Labour councillor.

Hamish Mills achieved an excellent second place result, with 25% in Lancaster South East. He was up against the incumbent Labour councillor who is also the leader of Lancaster City Council.

Happily, Burnley’s Andy Fewings won a County Council seat in Burnley Central West – so doubling the Greens on Lancashire county! Andy was already a Borough Councillor, and has been the driving force behind turning Burnley Green over the last few years (an incredible result given that between 2009-2013 Burnley had a BNP County Councillor and several BNP District Councillors too).

Overall, the Conservatives retained control of Lancashire County Council, with 46 out of 84 seats (despite them only winning 44% of the votes cast). Labour gained 2 seats bringing their total to 32. Lib Dems lost 2 seats reducing their total to 2, and we doubled our Green seats from 1 to 2.

Greens polled 19% in North Lancashire and 6.4% of the County election votes across Lancashire, up from 3.4% in 2017. (See the chart below for the increase in vote share.) A great result for the Greens, although it would no doubt have been even higher if we had a fair voting system. Greens stood candidates in 54 out of a possible 84 seats - which makes our vote share even more impressive, considering that in 30 divisions there was no Green candidate.

The average turnout in Lancashire was 36.8%, and interestingly Preston and Lancaster had the lowest turnouts (30.0% and 33.7% respectively, likely impacted by extremely low  student turnout.

See all the Lancashire County election results at: https://elections.lancashire.gov.uk/results/2021/alldivs.asp

Elsewhere in the North West the Greens made breakthroughs or gains to local councils in Manchester, Wirral, Burnley, Stockport, St Helens, Knowsley and Halton, and held our seats in other areas such as Trafford. Judy Filmore won our first ever seat on Cumbria County Council. In Manchester, our new Green Councillor Rob Nunney will be a vital alternative and opposition to Labour who hold 94 of the 96 seats on Manchester City Council.

Across the whole country, Greens now have a record number of Councillors (at least 440) on a record number of Councils. We had some spectacular wins such as unseating the Conservative leader of Isle of Wight Council, and gaining five more councillors in Sheffield, leading to no overall control and an opportunity for balance of power. We saved our £5,000 deposits in nearly all the mayoral elections, and came a good second in the Bristol mayoral contest. 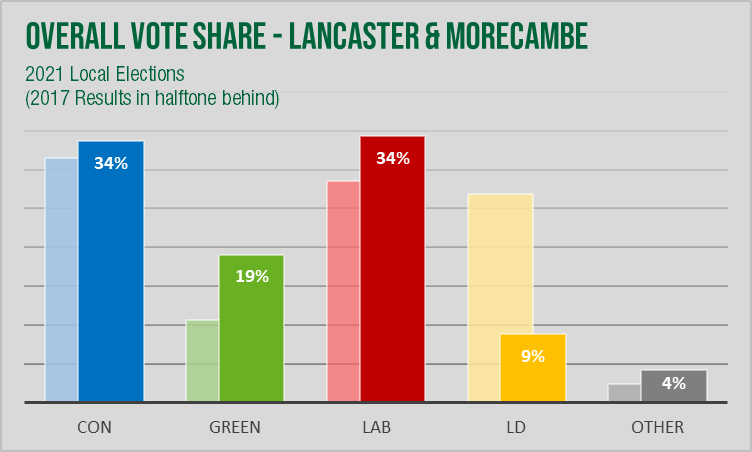