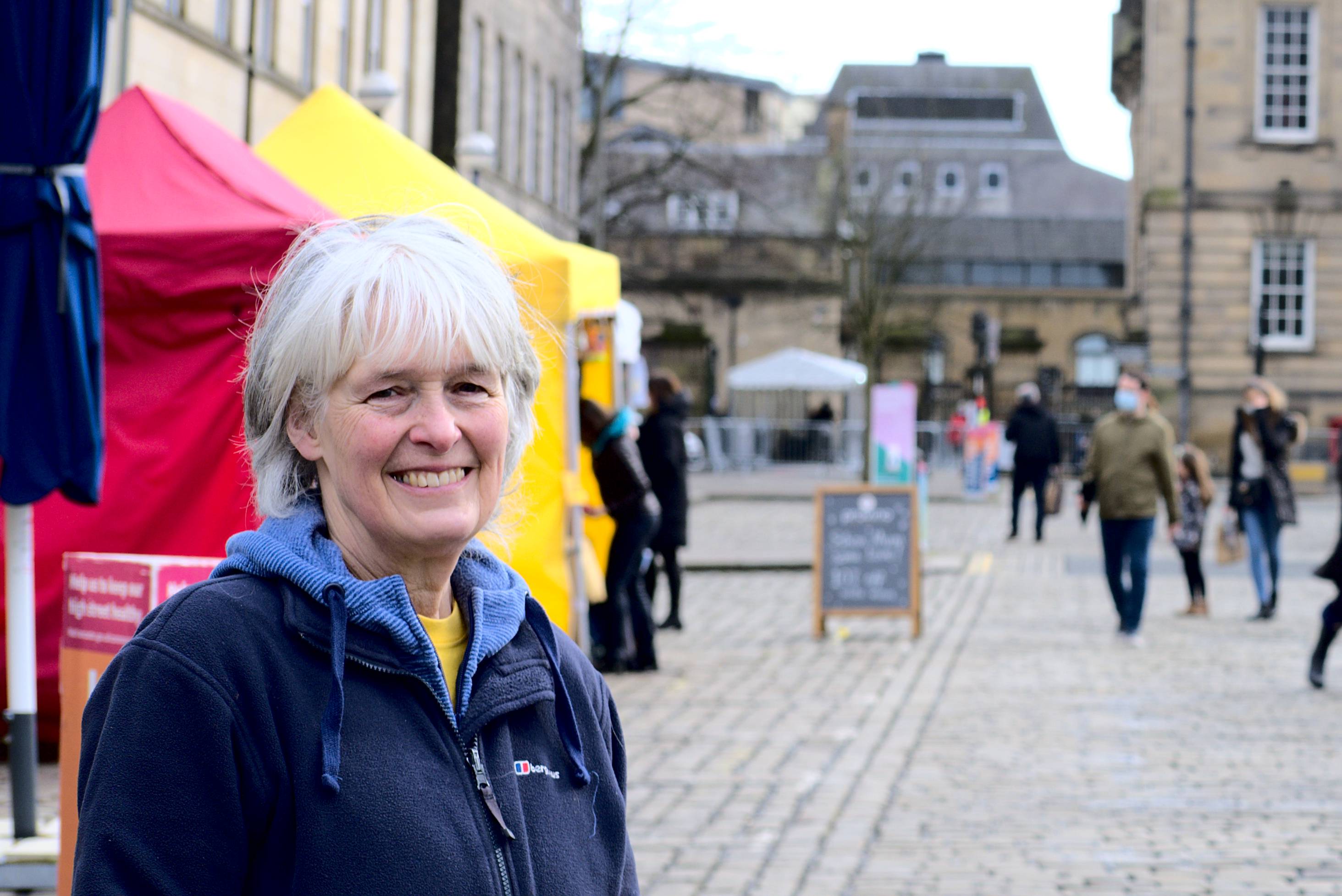 We are really pleased to report that Green Councillor Caroline Jackson (pictured) has been voted in as the new leader of Lancaster City Council. Councillor Kevin Frea of the Eco Socialist Group becomes deputy leader in a change of the cabinet, with more appointments to be announced shortly.

This excellent news follows the recent success in the by-election in which Jack Lenox was elected as the city councillor for Bulk Ward with a huge majority, confirming our Green group of ten councillors.  Jack’s win, plus Gina Dowding’s county council re-election happened against a backdrop of a surge of support for the Green Party nationally, which saw us pick up over 90 net new seats across the country.

As our supporters may know, members of the Lancaster Green Group had been in a coalition with Labour on the city council with Councillor Erica Lewis as leader. However, since 2019 a number of Labour councillors have left the party, with five forming an Eco Socialist  independent group after becoming disillusioned with Labour’s drift to the centre under Keir Starmer. This meant that the cooperative alliance of Labour, Greens and the Liberal Democrats now included the Eco Socialists. But the alliance itself had also been strained by the leadership style and the reshuffling of cabinet places under Councillor Lewis’ tenure.

New leaders of the council are appointed every two years. The scheduled vote on Monday 17 May to elect a leader of the Council was an opportunity to bring some stability and a positive change of leadership to the council.

The Greens approached the local Labour Party days before the meeting to propose a change of leadership at the end of Councillor Lewis’s term. With the Greens supported by the Eco Socialist Group – giving a total of 15 councillors to Labour’s 14, this felt entirely reasonable. Caroline Jackson, who has been serving on the cabinet and as co-leader of the Green Group, has an excellent track record on issues of social justice and tackling the climate emergency, and is very well-regarded across the council. She is an excellent candidate for a council that will rely on cross-party collaboration going forward.  Our proposal involved maintaining the current alliance make-up of the cabinet and installing Councillor Lewis as Caroline’s deputy. This was rejected by Labour.

The Green Party did not approach other parties for support, but as a result of general concerns elsewhere about leadership of the council, other groups approached us and offered it. At the Full council meeting, the Green Group, supported by four of the Eco Socialist Group, voted to support the Green Party’s candidate for leadership of the council.

Green supporters may have seen a wave of news reports and social media posts about the vote suggesting that the Greens had formed an alliance with the Tories to oust Labour from the cabinet. This misinformation campaign appears to be part of a national strategy on the part of Labour to smear the Green Party. Similar tactics and messaging were used to discredit Greens on the London Assembly last week.

Local Greens were dismayed to find a misinformation campaign by Labour underway while the meeting was still ongoing, with Lancaster’s MP Cat Smith tweeting that the Greens and Tories had “joined forces to end the Progressive Alliance”. This is an obvious, made-up lie. A graphic also began circulating immediately, released by Lancaster Labour Party on Facebook which misleadingly suggested that Caroline Jackson was a Conservative, and that the Greens had backed her over Labour’s candidate.

The misinformation campaign suggested ‘vote green, get blue’  but, as one social media user pointed out, in this case, it was very much a case of blue voting for green!

As leader of the Council, Caroline in consultation with Greens and Eco Socialists will be appointing councillors to the other eight Cabinet roles. An approach has been made to Labour to still see whether they want to work with us. What is absolutely clear is that there will be no Conservatives on the Cabinet.

Yet the Green Group have also been accused of "working with the Conservatives" due to Greens voting for a Conservative chair of the planning committee. This is one of two regulatory committees on the council. We  supported the incumbent Labour candidate for licensing, and voted in an experienced Conservative for planning. It is not unusual for committee chairs to be shared among other parties. Two other important committee chairs that the Conservatives secured at the meeting were: Budget and Performance, which they held previously under Labour, and Overview and Scrutiny, where the incumbent Morecambe Bay Independent didn’t stand for re-election. Neither of these seats were contested, and therefore the Conservative candidates were appointed.

There has been some resulting media fallout - mainly but not totally on social media - which has been frustrating for our hard-working councillors and members. Obviously, we hope that Labour will realise that the best way to make a positive impact and to improve the lives of the people of our district is to continue their alliance with the Greens.

But meanwhile we’re very excited that Caroline Jackson has been elected as the first Green leader of a council in the North West of England and we know she will do a fantastic job. We hope to be able to share the make up of the Cabinet in the next few days, but talks with other groups (not Conservatives) are ongoing.