Green and Eco-Socialist councillors protest at ending of school bus 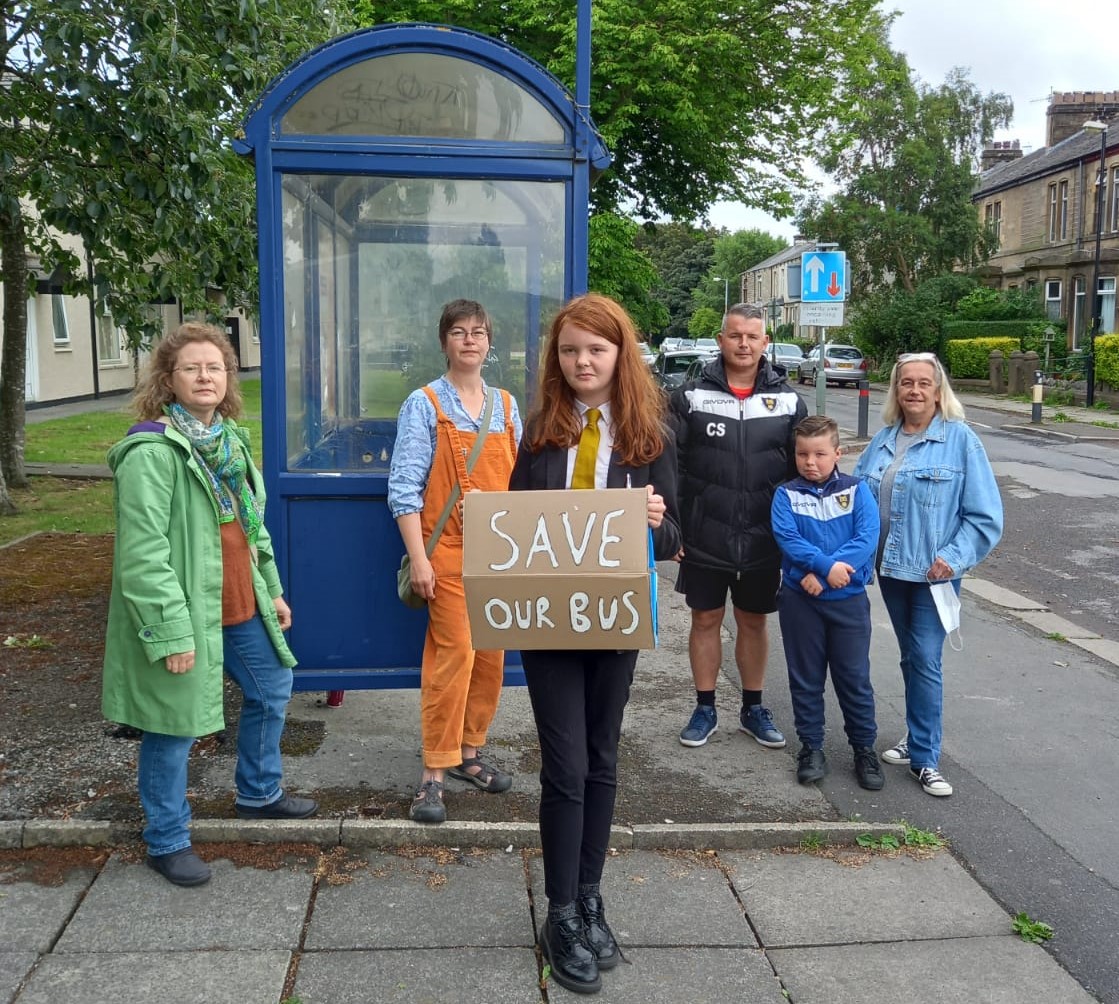 Lancaster Green and Eco Socialist Councillors have joined a campaign supporting parents in Lancaster who found out this week that the S24 school bus that goes from the Marsh Estate to Central Lancaster High School is being cancelled by the County Council.

Eco Socialist City Councillor Faye Penny said: "As a City Councillor and parent of a year 7 pupil who frequently uses this bus, I'm disappointed and angry to hear that Lancashire County Council have decided to scrap the service. My 12-year-old daughter relies on the school bus to get her to school warm, dry and safe, as do many other children from the Marsh. It's ridiculous that they're being forced to find other ways to get to school which will no doubt increase the already congested roads on the Ridge Estate every morning and afternoon. It will also increase the time pressure and financial burden on parents arranging for their children to get to school."

Green City Councillor for Marsh Ward, Mandy Bannon, who is supporting the campaign said: "I am shocked and dismayed that the County Council has decided to abandon a well-used and much-needed school bus service. We should not be cancelling public transport during the pandemic and climate emergency – instead,  we should be supporting and promoting it. Young people deserve to get to school in a safe and stress-free way. I and my fellow ward councillor, Cllr Gina Dowding, will be campaigning on behalf of local parents and their children to keep this route maintained."

Central Lancaster High School confirmed that the bus route is well used with 55 pupils using it regularly. The school has written to parents to tell them the news which has been greeted with dismay by many who have signed a petition in protest.

A link to the petition, set up by Cllr Penny can be found here: https://www.change.org/p/lancashire-county-council-save-the-marsh-to-central-school-bus

Any parents affected by this are encouraged to contact Cllr Bannon at mbannon@lancaster.gov.uk and to sign the petition. Cllr Bannon and Cllr Penny will be contacting Lancashire County Council to try and discuss the issue further in the coming days.