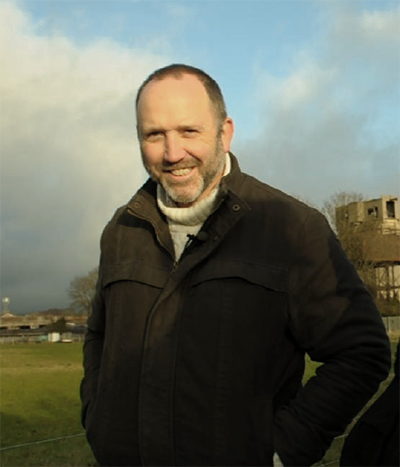 I live at the Bare end of Morecambe, with my wife Kathy and my two daughters. My background is engineering, starting out in the aerospace industry, before working in the field of relief and development, in West and East Africa. Returning to the UK I retrained in IT, working for seven years as the IT Manager for the Henry Doubleday Research Association (now Garden Organic) at Ryton Organic Gardens near Coventry.

A spell with the digital arts organisation, folly, in Lancaster brought us to the North West, and I now work helping run the IT systems of Lancaster University.

I had never been a member of a political party until standing as a candidate for the Green Party in the last General Election, although I had been politically active in Occupy Lancaster and through my membership of Quakers. Although I have been involved in some campaigning around climate change for a number of years I, like many people I think, received a rude awakening in 2008 when I started to grasp the extent of the unsustainability and injustice of our economic system.  That and a great discomfort with the ever louder rhetoric of individualism and the stigmatisation of many in society, along with the destruction of our public services has convinced me of the importance of standing up for a more positive vision for our society.